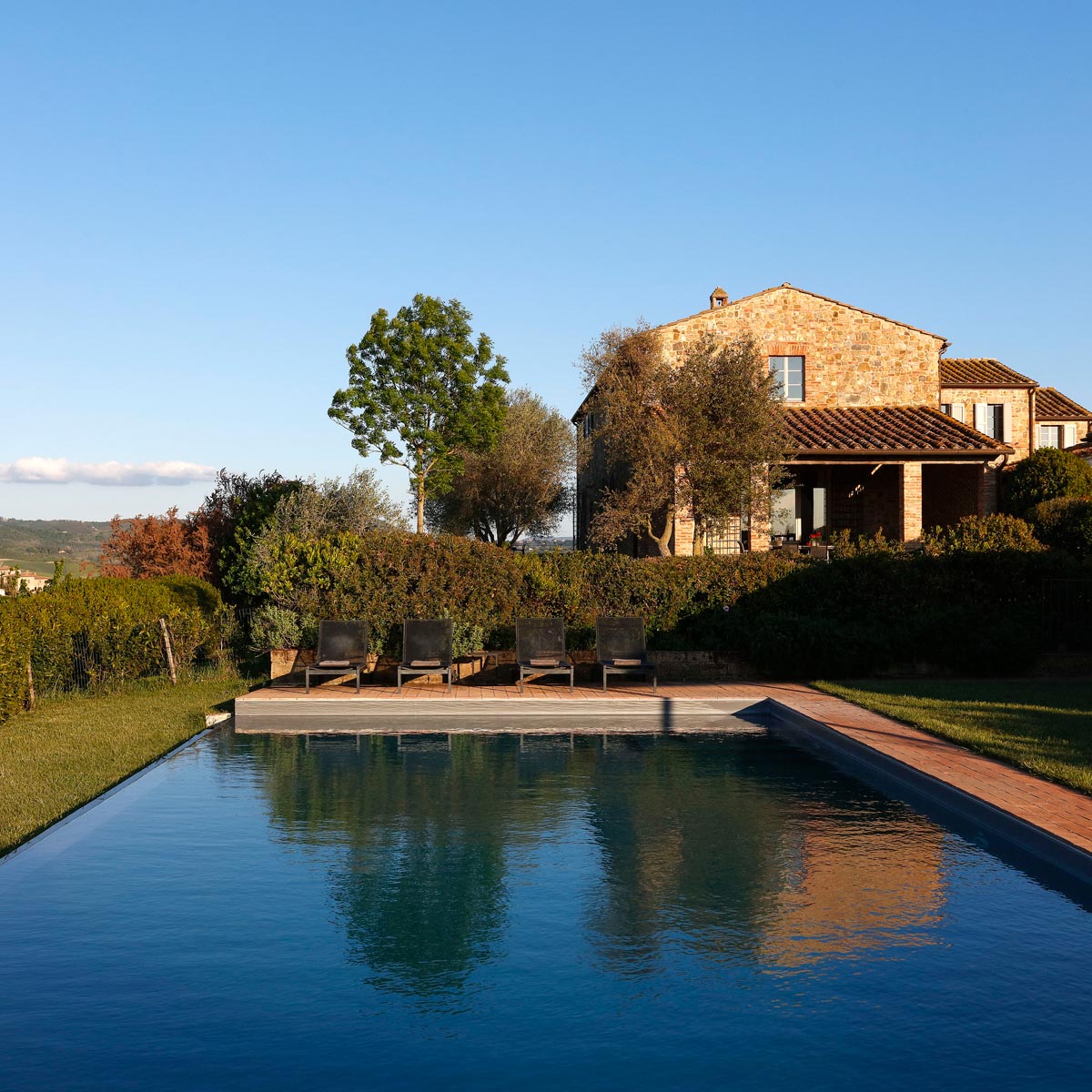 Located in the heart of Tuscany, 30km south-east of Siena, near Asciano, Podere Ferranesi is an old farm, which was completely renovated in 2002-2003. Dating back from the middle of the 19th century, it was abandoned in the fifties and remained a ruin until 2002.
The farm was reconstructed in the original rural Tuscan style found in the ”Crete Senesi” area, and offers the opportunity to spend dream holidays. The luxurious interior of minimalist architecture perfectly matches the simplicity of the old Tuscan farm style.
Read more...

Subscribe to get a free Newsletter and to receive special offers of our proposal for your tuscan holiday in Ferranesi.